What You Need to Know About Volkswagen POLO Harlekin

Home » Uncategorized » What You Need to Know About Volkswagen POLO Harlekin

To you ”strange” Let’s talk about a car. If you also have an obsession with paint and changing, this POLO, which will seem strange to you, is …

To you ”strange” Let’s talk about a car. If you also have an obsession with paint and changing, this POLO, which will seem strange to you, is actually a much more meaningful car than it looks.

It’s not a repainted car, It comes straight from the factory like this. So how did the automotive giant Volkswagen undersign such a strange project? What is the place of these color combinations in automotive history? Where does the name actually come from?

In 1963, a colorful Beetle advertisement was published in newspapers in America. 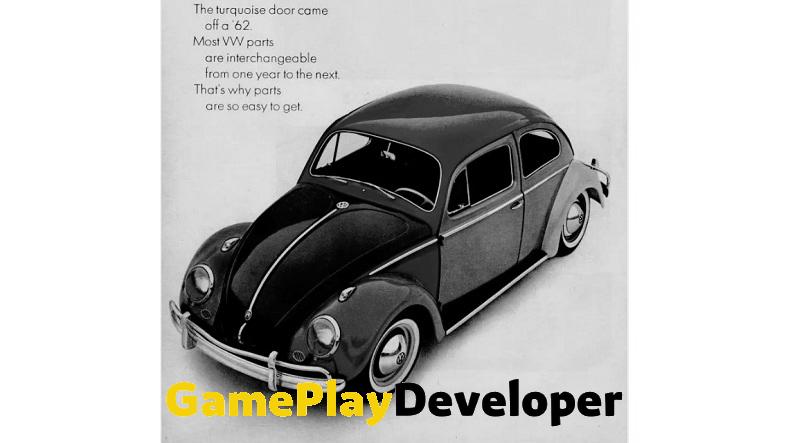 The star of this commercial, the Beetle, was carrying modules from cars from different years. VW company, which has used different colored cars to emphasize that these modules are from different years, stated that with this advertisement, the parts of their cars are compatible with each other, therefore the Beetle’s spare module hassle freeHe emphasized that he presented an experience to the consumer.

Volkswagen, which brags about this because it is an unusual situation for the American market, which undergoes make-up and changes every year in those periods, has been doing this for a long time after this advertisement. did not touch the idea of ​​​​advertising.Until the calendars showed the year 1995.

Do you need to be ordinary? 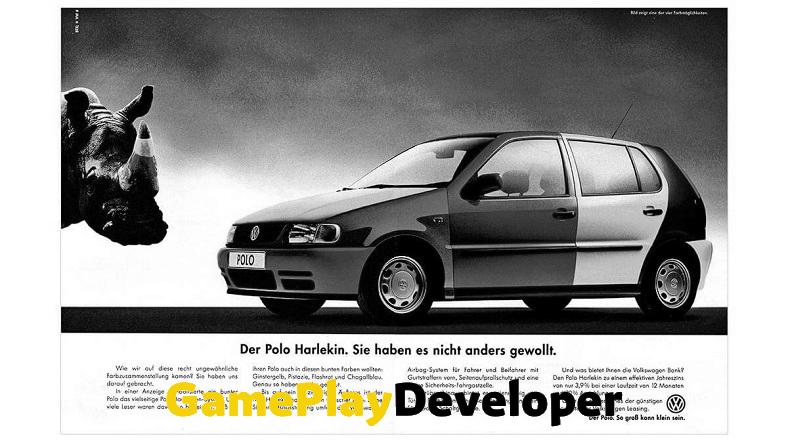 While Volkswagen executives were playing with old commercials, manager Ferdinand Piech, who coincided with the advertisement we just mentioned, created a concept for the POLO model cars with 6N1 chassis, which they just produced, based on this advertisement. Volkswagen bought 20 of the newly produced POLOs and painted different parts of them in different colors. Made the POLO Harlekin.

Whether it’s a person or a car, Harlek is fun in every way. 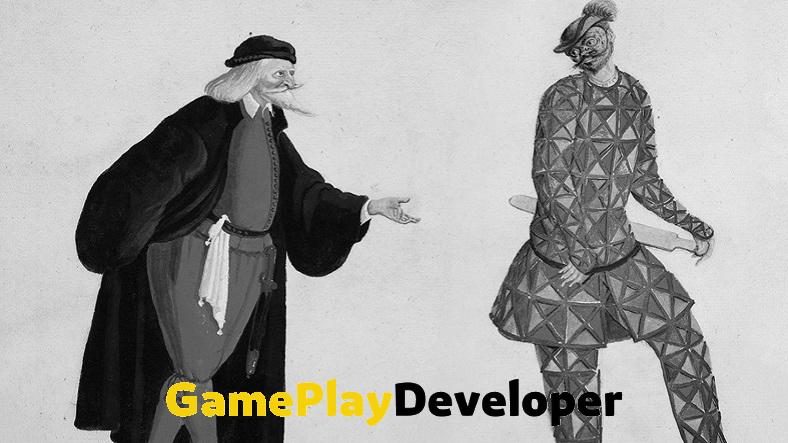 Except for the psycho clown girls, of course. Harlekin is a name given to jesters who lived in ancient times. . The colors of these jesters, which we usually see with diamond-patterned and multi-colored clothes, are red, yellow, blue and green. It is just like the color combinations that Polo Harlekin carries on its panels.

The name of the car is actually a take from the jester Although it may seem like a terrible image at first, POLO has an image that aims to be a fun little car with its name and design. Adding more fun to a fun car never hurt anyone, right?

Harlekin brings joy to the streets! 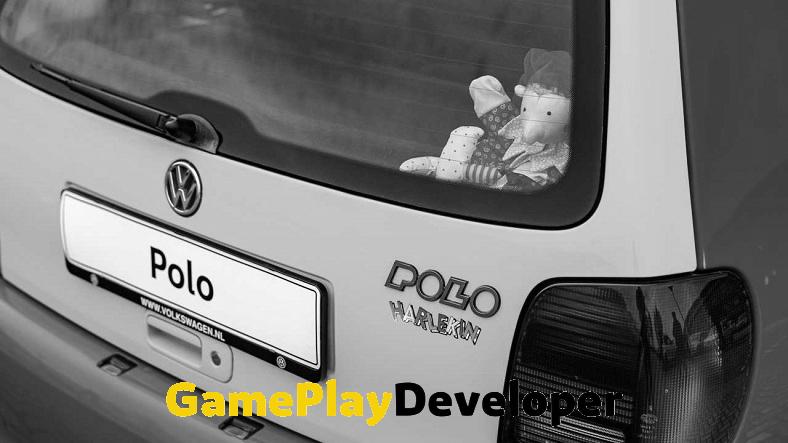 When there was a lot of interest in 20 cars, which were produced only for autoshows and advertisements, VW company responded to this interest of the public. one thousand offered a limited series of cars for sale. Due to heavy demand from these colorful cars 2800Volkswagen, which had to produce more, was stunned by the great interest they encountered.

However, without spending an extra penny by producing these cars as they show in their own advertisements. They met demand with VW style.If 1000 cars were to be produced, they produced 250 yellow, 250 green, 250 blue and 250 red POLOs, and exchanged all segments with each other to produce different POLOs from the factory.

We can add POLO to your menu with a difference of 1 TL. 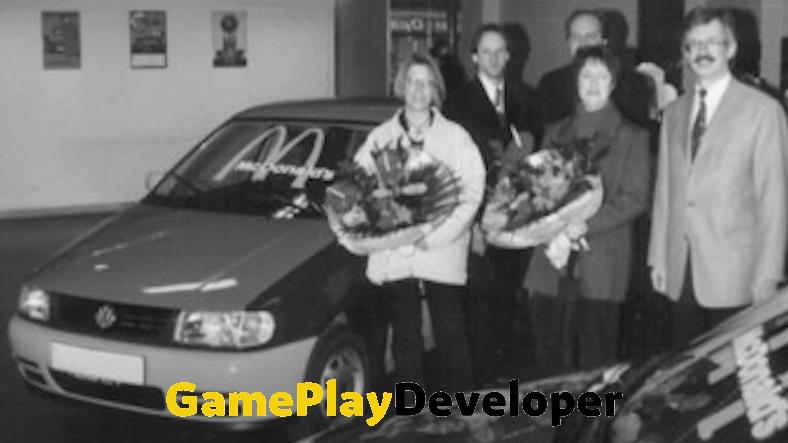 European people loved POLOs so much that McDonald’s, He even organized a campaign in which 500 Harleks were offered. The conditions of the campaign organized by McDonalds to celebrate its 25th anniversary in Germany were easy. It was a campaign that had a system that you applied when you created a complete POLO from the cut POLO photos that came with the menus, and that you won by the lottery method. With this campaign, the demand for Harlekin increased even more and VW could not cope with these demands.

But on the other side of the world, things did not go as planned. 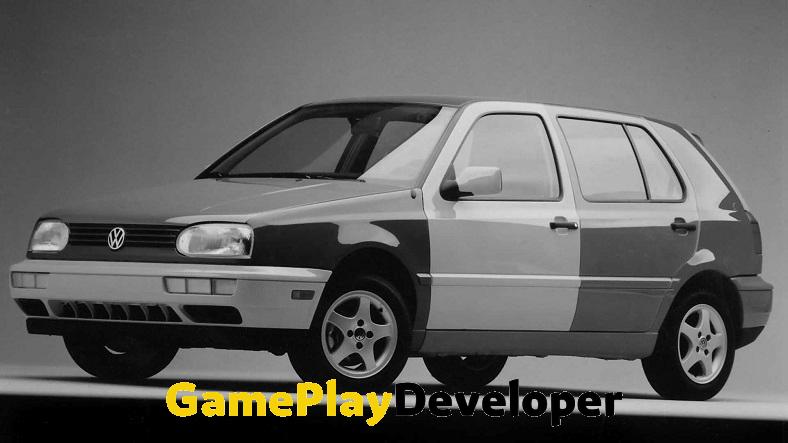 Contrary to Europe, America has never been a geography where POLO is sold. Instead of POLO, VW tried a new tactic by converting 264 GOLFs to the Harlekin version and putting them on sale. The interest in Harlekin GOLFs was so low that VW dealers replaced the cuts of the cars they had with the cars they came from and turned them into solid color GOLFs. There were even dealers who painted and sold the cars they could not convert. Briefly in the Americas ending as it startedHarlekin became a series. 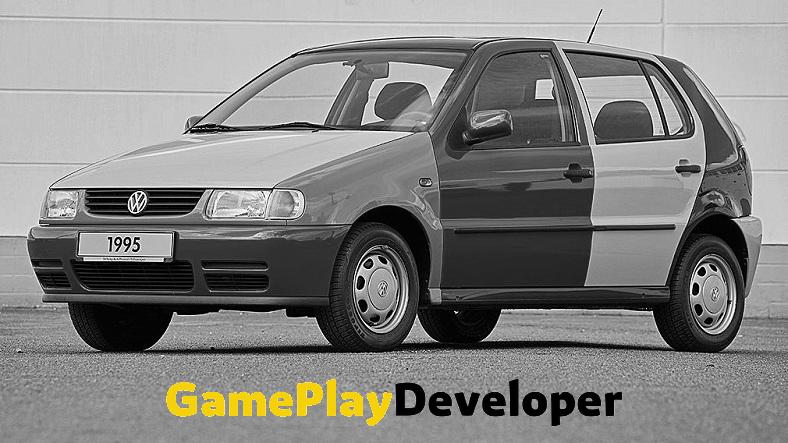 Because there is no color palette to configure in the first place, you do not have much choice. Harlekin, which comes out of the factory with four different combinations, offers you a shopping that you are satisfied with whichever combination comes to you. . Features such as ABS are standard and POLO’s stereo, which is offered to you with its full package, was Blaupunkt brand. Its tiles, on the other hand, had a different pattern called “Joker” tile.

For the steering wheel, blue plated has been chosen, this strange interior. zero customization right gives Harlekin POLO. You can understand the original color of the car that comes to you from the color of the ceiling, rear column panels, skirt and engine pool that you cannot disassemble.

Harlekin, which has been followed and loved by a large audience since the day it was produced, has big fan clubs, especially in the European region. 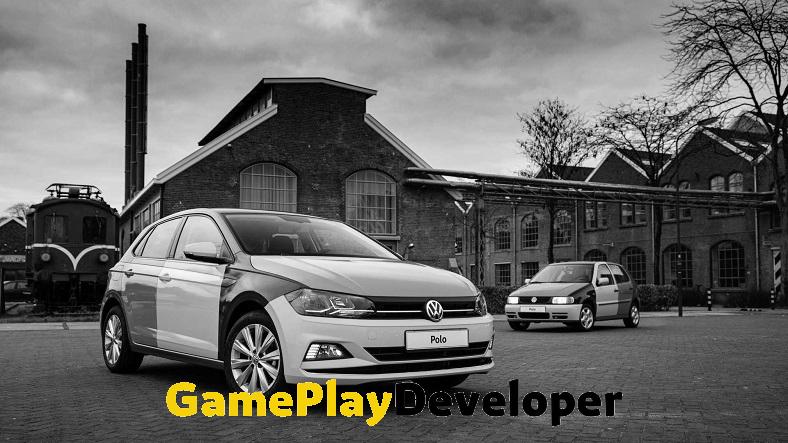 For these cars, which have become more famous recently, VW company even released a Harlekin POLO to commemorate Harlekin last year. although collectibleAnd no matter if they are private cars, it would not be wrong to expect that these cars, whose average price is around 5,000 Euros, will become even more valuable in the future.

Xiaomi Redmi K60 Gaming will be powered by Snapdragon 8 Gen 2 processor
Redmi K series gamer phones An option for those who like to spend time with. This performance-oriented series phone to...

iQOO Neo7 offers midrange flagship features
The iQOO Neo7 smartphone model includes all the features expected from a flagship. With its affordable price tag, it seems...

Snapchat+ service hits 1 million subscribers
The trend of obtaining advantageous features with monthly subscriptions, which we are slowly starting to see on the social media...

Apple is now an advertising company: This is how it will make up for falling iPhone sales
applegoing to its users by showing more ads will try to compensate for the decline in smartphone sales, which has...
COMMENTS