If you’re looking for a great project to use Unreal Engine 5 for, you’ll want to check out The Matrix Awakens. This 2021 open world video game features groundbreaking technology and was created by Epic Games in collaboration with Warner Bros. To create this project, you’ll need to use several different features.

The Matrix Unreal Engine 5 is a game developed using the Unreal Engine 5. The game is set in the year 2021 and is a technology demonstration developed by Epic Games in partnership with Warner Bros. Pictures and other studios. It’s intended as a marketing tie-in for the upcoming sequel, The Matrix Resurrections. 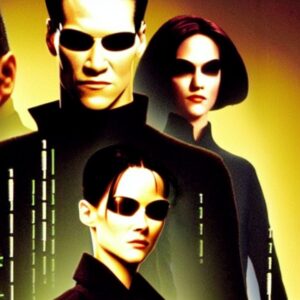 The demo features some impressive graphics. Although there are some framerate drops throughout the demo, the game never becomes unplayable. It also has high-quality textures and lighting effects. It’s definitely worth checking out. It’s a game you won’t want to miss! It’s a great way to test out the Unreal Engine 5.

The game’s lighting is impressive and helps make the city’s surroundings feel realistic. The game’s camera can view objects at any distance and can capture ambient light to create the illusion of a real city.

Unreal Engine 5 is used to create the open-world video game The Matrix Awakens. The game takes place in 2021 and was created by Epic Games with help from Warner Bros., to show off the possibilities of modern technology. This open world game has advanced graphics and physics that make for a unique playing experience.

While the game was never officially released for the PC, users can download a free demo of the game from the PlayStation Store. The demo is available for download until July 9th. After that, users will no longer be able to play the game.

The matrix Unreal Engine 5 city sample project features an AI system that manages crowds and traffic, an advanced procedural lighting system, and other advanced tools. The city sample uses One File Per Actor (OFA) geometry and the World Partition for managing assets. In addition, it features a unique system for building simulation. Buildings are constructed from a volume, and are styled using the shape grammar language. Different styles have different rules, and a given volume can have multiple styles.

Visual effects in The Matrix Awakens

The visual effects in The Matrix Awaken’s demo are spectacular. They showcase the game’s impressive post-processing pipeline, which relies on the technology known as Temporal Super Sampling. Reeves’ face and other elements were motion-captured to mimic a real-life resemblance.

The demo opens with a cinematic written by Lana Wachowski and ends with a chase sequence and gunfight. The demo takes place in an open-world city, which is four square kilometers in size. Players can take advantage of the demo’s open world and interact with the characters.

Using the latest Unreal Engine 5 technology, The Matrix Awakens boasts incredibly detailed visuals. The city, in particular, is photorealistic. While the game’s game engine doesn’t officially release until December 2021, it has a number of other features that help it look incredible.

The Matrix Awakens is a tech demo for the Unreal Engine 5 game engine. It will be available for PlayStation 5 and Xbox Series X/S consoles on Dec. 9th. If you are considering purchasing UE5, here are some things to keep in mind before you make your purchase. 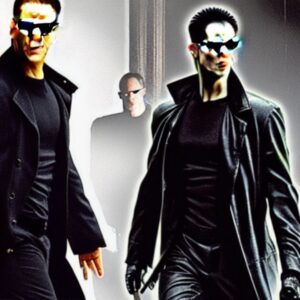 The demo is a good place to start to see the potential of UE5. It transitions from a realistic cinematic to a fast-paced third-person shooter. The game’s open world and ‘Matrix’-inspired settings will give you plenty to explore.

The Unreal Engine 5 is free for filmmakers to use. However, developers must pay a licensing fee for interactive games and VR experiences. The popular “Fortnite” video game is a prime example. However, it is important to note that the developer, Epic Games, did not create a full-fledged game of The Matrix, though the studio did work on the game.

Unreal Engine 5 vs Blender: Which is Better? – (2022)
Unreal Engine vs Blender which do you think we should choose for animated videos and modeling? What can be the...
Game Play Developer com
COMMENTS